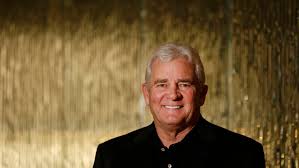 Nothing too unusual about a public figure making an investment, and there’s a good likelihood that his stock picks are usually winners, especially someone with so much knowledge of quite a volatile industry.

Interestingly, his purchases were for a total of 3 million shares of Energy Transfer, for just about $36 million. The first transaction was 2.43 million for about $29.24 million, and the second transfer was for the rest of the balance.

Once many analysts shared their thoughts about what the move could mean for the company’s future, the response from many investors was certainly bullish.

After all, a purchase of this nature, especially from a company leader, certainly says encouraging things about the company’s future outlook. If he or others didn’t believe in the company or expected a downturn in price and value, it’s always possible for no action to be taken or even a sell-off to take place.

This also isn’t the first time Kelcy Warren has invested in Energy Transfer. Company and records and filings show that he has actually been purchasing insider shares of Energy Transfer since 2017 when shares were $20 per unit. He also made buys last year and this year when the unit price was $10 or less.  Between his December 2021 purchase and now, he saw a definite gain.

Of course, he’s under no obligation to share why he bought these shares now, rather than earlier or later in 2022, but there does seem to be some positive news lately about the company, including new Liquified Natural Gas and Dispensing Service Agreements, or LNG agreements for short, between Energy Transfer and overseas companies. It also recently entered into a 20-year LNG agreement with Shell and a 25-year-old contract with China Gas.

Being in expansion mode is certainly a good place to be, especially since the industry is seeing overall improvements from the downtowns due to COVID in 2020 and 2021, as well as some challenges in the energy marketplace several years before the lockdowns. Though COVID disrupted much, the energy industry was already dealing with fluctuating prices and global supply concerns.

Other company officials have made unit purchases recently.

The company has also continued a quarterly distribution to shareholders, even if company officials acknowledged it might be smaller quarter to quarter. However, the distributions for each quarter of 2022 so far have seen an increase per unit, up to 50.82 percent.

By lowering the planned distribution, it did provide opportunities for Energy Transfer to acquire competitor Enable Midstream.

Kelcy Warren has always been interested in civil engineering, which he studied at University of Texas Arlington. He graduated in 1978 and was then hired by Lone Star Gas Company as a pipeline design engineer. In 1981, he was hired at Endevco, a company that focused on energy development.

A decade later, Kelcy Warren and a partner bought Endevco and changed the name to Cornerstone Natural Gas. The company was sold four years later, and around 1996, Kelcy Warren started a new organization called Energy Transfer.

The company works with a variety of energy companies to treat, process, and transport liquids, refined energy products, refined products as well as crude oil.

Energy Transfer is one of the largest organizations of its kind.

Kelcy Warren also has looked for ways to give back and help others. He has established an endowment at UTA, named after an inspiring teacher. He was the lead donor in the creation of Klyde Warren Park in Dallas, named after Kyle’s teen son.

He’s a supporter of Cherokee Crossroads, which helps fund children’s charities. He’s been on the board for Lamplighter School and has been inducted into the Texas Hall of Fame. 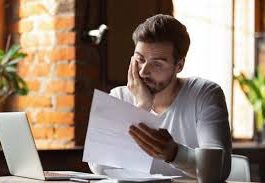 What is bankruptcy and how to avoid it?

A complete guide to disconnect switches that will help you understand... 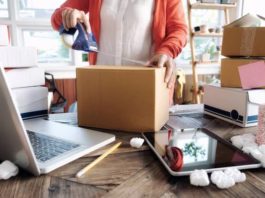 Key Advice for Boosting Your E-Commerce Sales Through Packaging